Originally posted on Feb 13,2014 at OptionsHawk.com

This is a follow up to “Methods to My Madness – Trading Options Flow” from 8-29-2012 where I explained my style of trading. (Link to 8-29 Article) (Sorry the format on the blog got messed up).
The strategy of trading options flow has become a lot more popular since I posted that article, but now to a point where there is a lot of sloppy work, and most of it is focused on the what instead of the why. This has caused a push for quantity over quality, hundreds of “unusual” trades posted daily across Twitter, and then you only hear about the 20% that end up working out, and hear about them over and over again, while the 80% fails are never discussed (the ole’ throw a bunch of crap against the wall and hope something sticks approach). The only way to improve on the success rate is to focus more on the why than the what, an ability to be selective by utilizing a strategic research approach to each case to analyze the trades from every angle.
I could, and hopefully someday will, write a book on this art of trading, but I do not want to give away all my secrets, though hope I can shed some light to put people on the right path as the popularity of this style rises.
The first step in the process in clearly the “discovery” phase, finding unusual and/or large options trades that provide a signal. There is value in each, both unusual trades and also in large trades. I will discuss each briefly.

Discovery of Unusual Options Trades
To simplify what qualifies as unusual I would look for at least 1,500 contracts to trade in a stock that on average trades less than 1,000 contracts a day, either on the call or put side, but generally more interest in the call activity due to the natural market long bias where puts are more often hedges on long stock positions than calls are on short stock positions.
In searching for unusual trades there is generally an event catalyst that is the rationale behind the trade, or in certain circumstances information is known by one individual or a select few individuals that can move the stock. These traders are not taking 1,000 lot positions because for one they typically do not have the account power to make that kind of sized trade, and second to stay under the radar in case of a SEC investigation.
I’ve utilized this method to be long dozens of names that were bought out within weeks of the unusual trades, a recent one last week was Accelerys (ACCL). I focus on names seeing action 1-3 months forward and usually under 2,500 contracts, often accumulated over 3 or more days, and aggressive (sloppy / not professional) orders paying offers on wide bid-ask spreads.
These type of trades are often in small caps where information dissemination is not as instant, and also there is more value to be found in names that are not covered by every sell-side Analyst on Wall Street, and traded by every day-trader on the internet. A lot of Biotech stocks often pop up on these scans and that is for a couple of reasons, first there are always events taking place in these names, second it is a naturally speculative trading sector for M&A and the big score type moves, and third there are a lot of smart people that specifically focus on this industry, do the proper research, and are willing to put money behind his/her view on where the stock is headed.
There is definitely value in this style of following options flow, but it is also a style that comes with a much lower hit rate, and takes years of experience to be able to spot the ones worth pursuing.
The type of trade is also notable, one thing I have discussed many times is seeing large opening put sales in < $10 Biotechs, and this I have seen 85%+ success rates buying these stocks when the trades hit, and often for 50%+ moves in the stocks within weeks. Risk-Reversals are always a confident trade, and these are made by professionals, selling puts to finance call purchases, and in 2014 seeing a lot of cross-month risk-reversals in smaller names, and these have paid off big in January, a few recently were ZLTQ, BABY, FLDM, and ARAY.
Further analysis is always required, looking at trends in the volatility, skew, and watching for multiple days of activity.

Discovery of Large (Institutional) Options Trades
I qualify a 500 contract lot as large, but typically want to focus in on at least 2,500 block contracts, and also take into account the contract price, so the net premium and net delta of the trade, the larger the better. These are the type of trades that the smart money are making, hedge funds and other big-time traders. I have covered this topic before, so I do not need to go in depth describing the reason to follow these trades.
These trades are often said to be “cheaters” by the critics when they work, though in reality man of these trades that work are a self-fulfilling fruition, meaning that activists position in stocks via large option trades, and then make news when they push for board seats, spin-offs, asset sales, etc. that causes the stock to jump, and thus the option positions to gain. The traders did not know something would happen, they actually are making the moves happen.
The best trades to follow are the event-driven trades, that is where the money is made for the real big moves. Smart Money is not looking at charts for breakouts, bottoms, tops, etc., these are fundamental based trades that see value in a stock that others may not yet see, and position to be able to push for this value to be realized.

Phase 2: Researching the Why
After discovering the unusual/large trades as a signal, the most important stage is getting inside the mind of this trader to determine why he/she is positioning, in what direction, and for what time-frame, and you can draw conclusions to either emulate the given trade, or pursue your own strategy. I will not cover everything in this piece, but will give a good view of my process.
The first analysis is fundamental, the most important reason for a stock’s movement over time. I look at the main metrics like P/E, P/S, P/B, P/FCF and EV/EBITDA while taking into account what phase of growth the company is in to determine the appropriate valuation technique, also realizing that traditional metrics often do not apply, and industry-specific and even company-specific metrics are often more important. I also look at 5 year historical ranges and averages for the metrics noted above, while for momentum/growth stocks look at not only its last 6 quarters of earnings vs. estimates, but also the stocks reaction to the numbers to gauge sentiment. A deeper dive into fundamentals can often reveal the catalyst that can move the stock, a very important factor. You also want to be paying attention to relative strength in sectors, and investing themes that are hot and can be applied to names popping up on scans.
The second phase of the analysis is technical. Although technical analysis is not a useful tool in determining what stock to buy/sell, it is very useful in determining WHERE to buy/sell. I keep things rather simply, using a lot of trend lines and flag/triangle patterns with measured moves. I also use moving averages and Fibonacci retracements, but do not bother with all these other crazy techniques with Waves, Sharks, ABCD, and whatever else, less is more. RSI, MACD, and On Balance Volume are my main secondary indicators, mostly useful for divergences and/or oversold/overbought indications. Once determining key levels for a stock you can look to set alerts, and position in the names when you want, not always right away once the unusual trade is spotted, it often pays to be patient. I will say that these large and unusual trades are often right and make large profits, but the timing on entry/exit of these large trades if rarely ideal, perfection is not attainable in trading.
The third phase I look at is Analyst upgrades, downgrades, commentary, and price target changes. Although this should not determine a buy/sell, it can be useful in gauging where Analysts have targets for stocks, and the commentary often has a lot of value in potential catalysts for the stocks, or at least important material information that will impact the stock in the near future. I’m lucky to have access to all the best research on the Street, and this goes a long way.
The fourth factor I look at is trends in short interest. If unusual/large call buying alerts me to research a stock, but then I see over the last 3 months short interest has double, I am wary to follow the action as being bullish, a case where call buying can be hedging for event-risk. A 5,000 contract purchase of a 50 delta contract is equivalent to just 250,000 shares of stock, so if short interest in 3 months has risen by multi-million shares, it gives that call purchase a lot less meaning.
The last factor, and one I have just started to incorporate more for subscribers this year is diving deep into ownership trends. I look at Institutional ownership changes for the most recent quarter of filings, and also look at the largest holders of the stock, and the ranking for that fund’s holdings in terms of size. This allows me to often spot a notable guru that is involved in the name, or even better a known activist (I have a list of 35-50 for subscribers). This is just another factor that can increase/decrease my interest in a stock, and all about increasing the confidence in being able to determine just what the goal is for this option trade.
I realize this may seem to be an arduous process, but the truth is that it is very necessary if you want to have a high hit rate. There are no short-cuts, do the work, develop your own process, and take the trades that align on all scales of analysis.
Discovering and Analyzing options flow is very lucrative, and a must-have tool for any serious trader to supplement his/her main style of trading. It also is great for idea generation, as it often starts me on my research path to discover companies I know little about that turn out to be major success stories, a fun aspect of this method, and also rewarding, both monetarily and as confirmation of a well thought out process being turned into substance.
Thanks for reading, and hopefully this will help you better sort through information overload on Twitter. 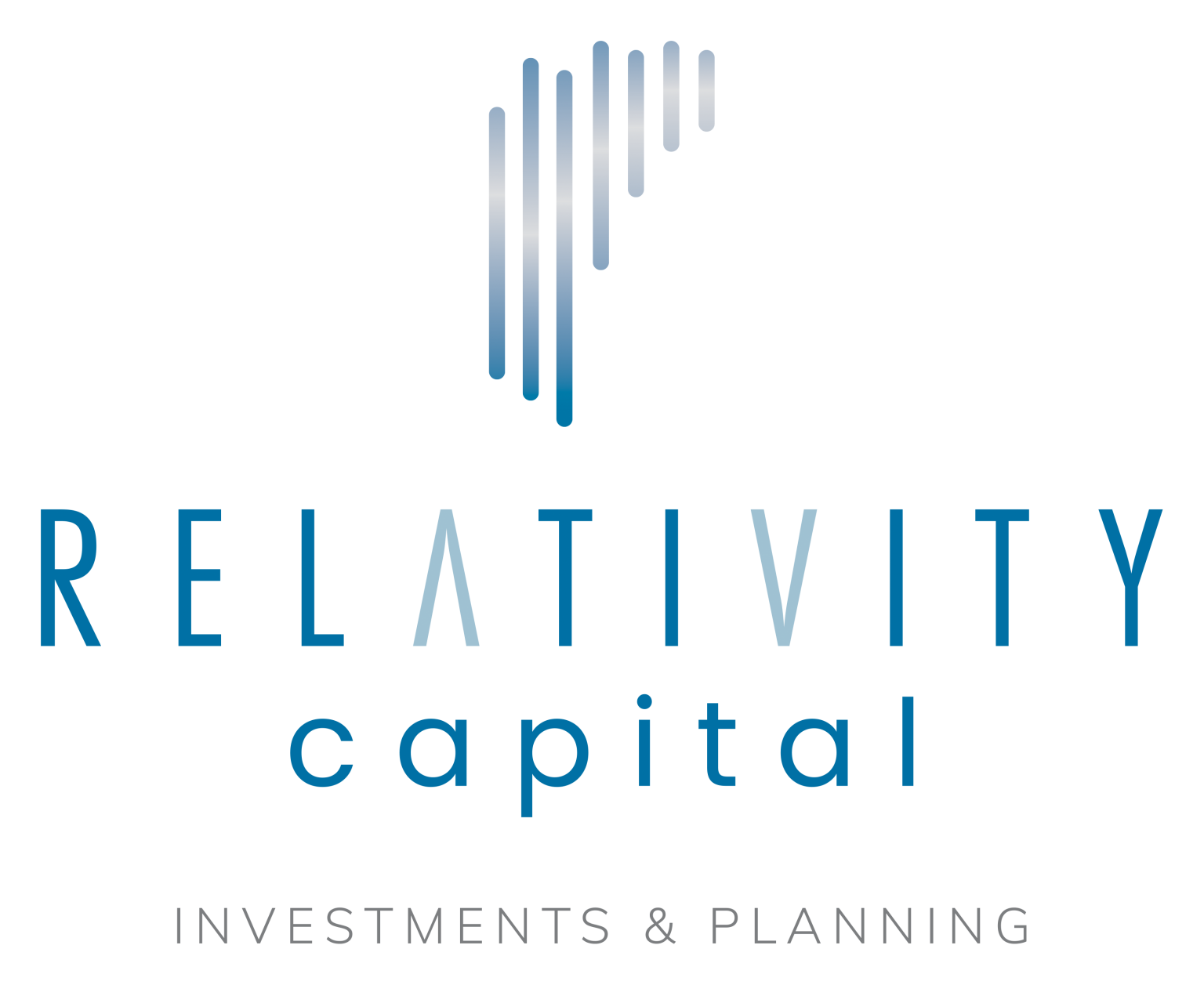 Get Market Insights from